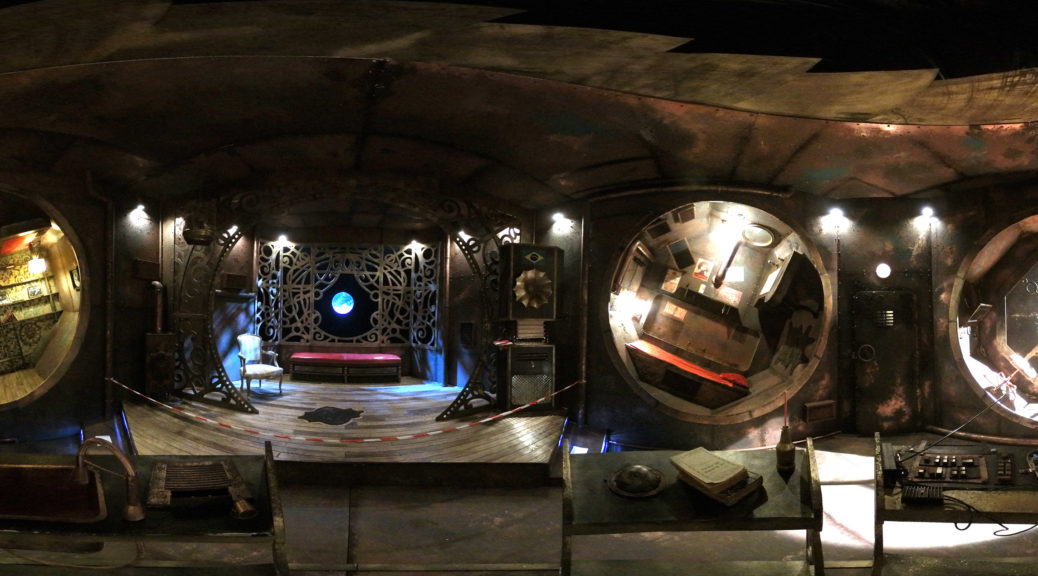 Fly me to the moon

Narrative grammar in 360° for production design and filming 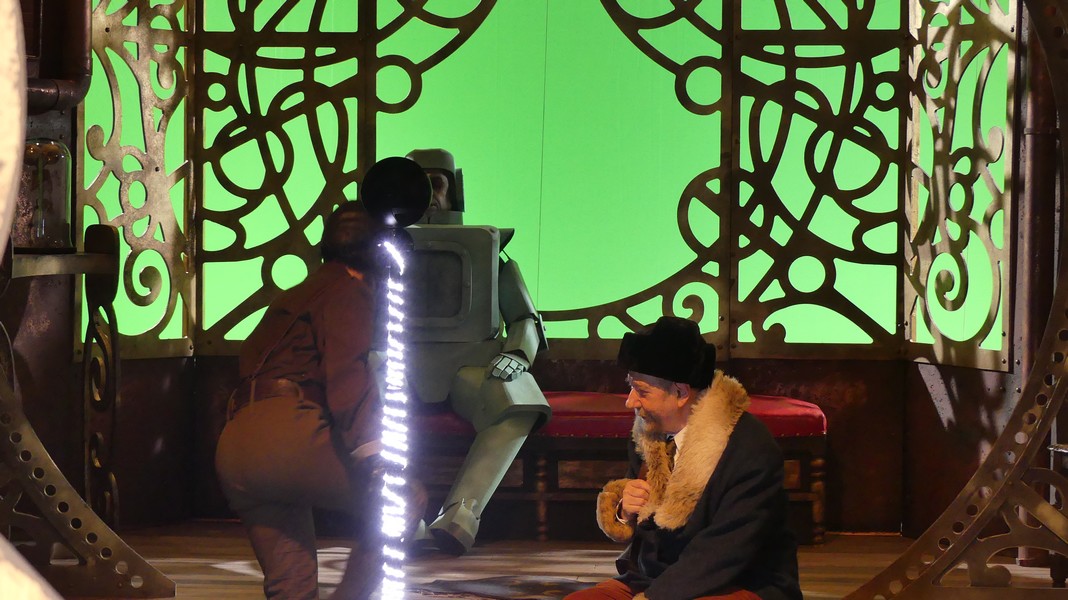 Mediation in 3D environments poses, at first, the question of what system to use to present the information. A generic mechanism is certainly possible, but more and more specific devices are being developed, taking account of how content and form should be articulated, and that well beyond basic scenographic considerations.

Experiences to date have revealed that the resolution of narrative issues in immersive mechanisms isn’t achieved through the well-trodden paths of classic visual or filmmaking grammar. A new grammar must therefore be identified for a 360° immersive narrative. Extrapolating from a concrete model linked to real environments currently under development and a corpus of references ranging from panoramas to digital tools, we describe the components of this 360° narrative’s grammar, which pushes representation in visual arts well beyond visual description and questions the relations between the narratives that have been devised and their visual transcription. 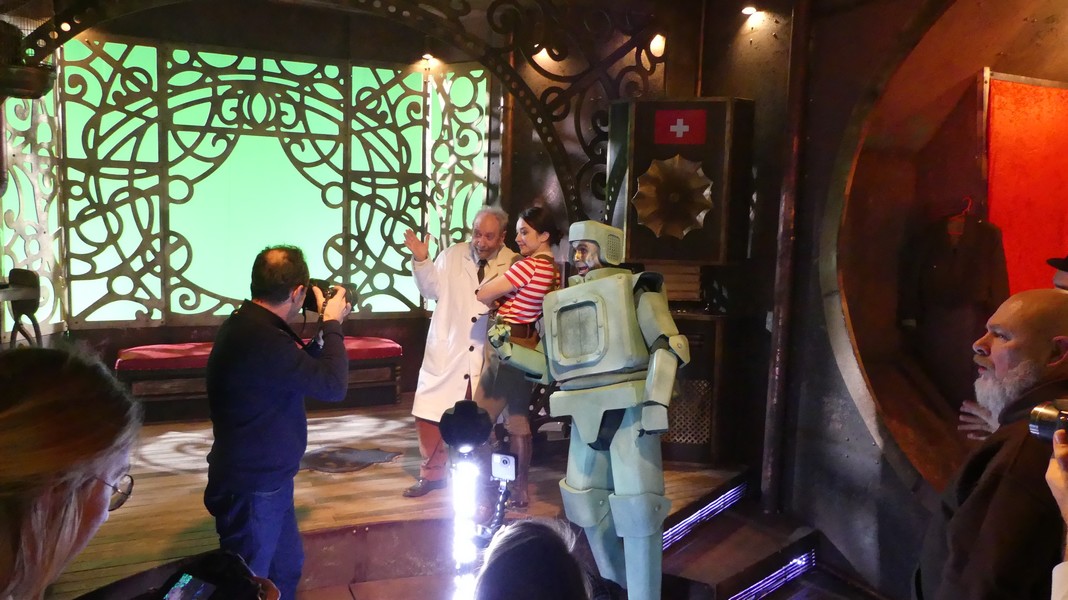 In twenty years’ time, computer graphic techniques have extended from academic and specialized business sectors to the general public, thus expanding to include the creative, recreational and cultural industries. The arrival of the Digital Natives, the generation born in the 21st century, brings forth a new dimension, aligning the availability of tools, their every-increasing user-friendliness, and the massification of their distribution along with growing acceptance by preceding generations. However, technical development brought about by instrumental improvements should not be confused with the renewal of patterns involved in the representation and communication of knowledge. Assuming that new technologies have superseded the pertinence of former archetypes, we must henceforth be particularly attentive to new ones being established; yet if we are conversely in a sort of reformulation, our role is then also to track continuities which run from anterior preoccupations to their current forms of expression.

For instance, three-dimensional representation has opened numerous novel possibilities for figuration and mediation. Whereas figuration has hardly strayed from monofocal conventions, mediation ventures hand-in-hand with digital tools into the realms of immersion and the possibility of transporting a spectator into an existing, reconstituted, or imaginary temporal and spatial elsewhere. Immersion, much like mediation in visual arts, could be misconstrued as a sophisticated trick, while it should instead pave the way, both for the researcher and the public, to a phenomenological apprehension of the presented sites, an immersion into a specific context allowing one to approach, for want of being able to fully grasp, the complex interactions between an anthropic production, a space which is sometimes redesigned to enhance comprehension, and the corresponding percepts. 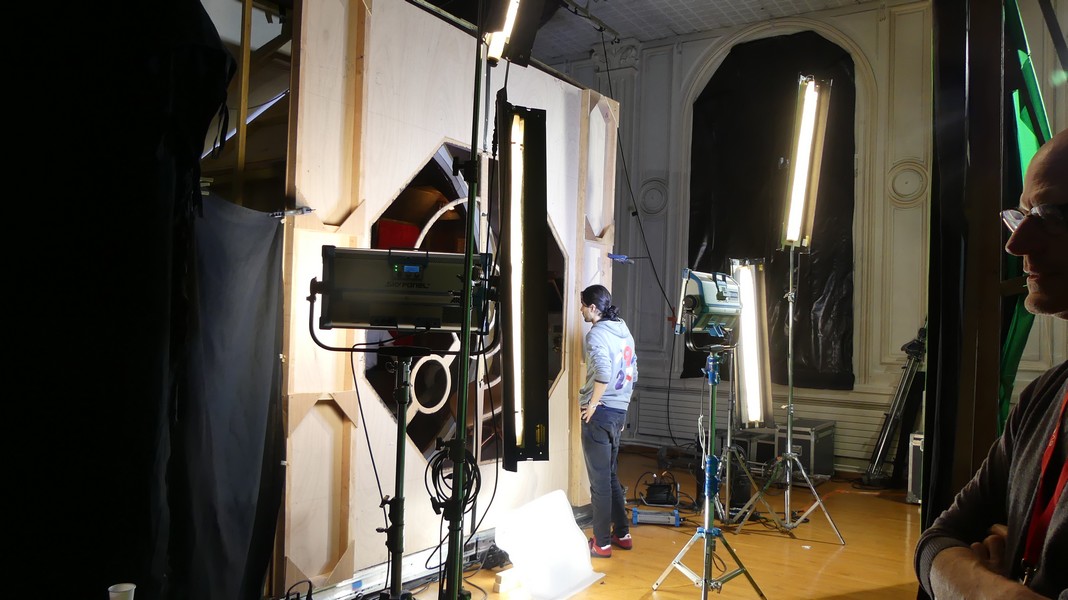 Nowadays, immersion is often considered as tantamount to a virtual reality in which the spectators experience an elsewhere in real time and with the possibility of influencing it with their own actions. Yet, this quick, easy to grasp definition shuns subtleties that need to be clarified. Images are commonly understood as frozen moments describing a unity of place, a unity of time and a unity of action. This habit causes us to interpret images presented to us through this perceptional filter. In this instance, the use of immersion and a 360° viewpoint as an unguided exploration dynamic reintroduces connections and restores the given context, enabling one to read the time that exists between two figures. One might, however, wonder where the spectator’s imagination comes into play. In fact, imagination is outside the frame, in the off-camera areas, accompanying what is seen inside the frame. In a 360° narrative, nothing escapes the eyes and in that respect one may be tempted to believe that this shuts out the spectator’s imagination, that everything is predefined. Yet, what is within one’s field of vision and what isn’t is pieced together by the space, through masked areas, the obscurity that engulfs unfathomable depths, and the distance which sends the imagination beyond the very boundaries of what is visible.

360° immersion endeavors to plunge the spectator into the narrative space, making him or her cross what the scenographer Josef Svoboda called “the watershed.” To start, an option presents itself: the temporal visitor or that of the incarnation of a person who lived during the time period of the reconstitution. The purpose is naturally the empathy that can be developed with the subject matter. There are several ways to devise embodiment in immersive 360° narration. The first is where the spectator’s body is a ghost; it has no materiality and can move about anywhere – the spectator is invisible to the protagonists in the scenes he or she is witnessing. The second approach is a partial embodiment: the point of view is consistent with the positioning of someone in the scene and the characters can interact with that person. The third option more deeply resembles an embodiment, since the spectator is the protagonist, and his or her “own” body is partially visible, generally the arms, legs and the torso, which the spectator discovers upon turning his or her head.

The questions discussed above bring about new challenges when approaching 360° narrative devoted to visual arts and architecture. We have seen that the emergence of immersive mechanisms is intertwined with a background history that began with the Age of Enlightenment as the notions of landscape, nation and cultural identity, as well as ethnology and archeology were being constructed and slowly came to blossom. Over time, each technological innovation was incorporated into immersion mechanisms serving historical and contemporary patrimony. As the devices diversified, an opposition developed between those offering an individual experience and those offering a collective experience, which prevailed in the end. 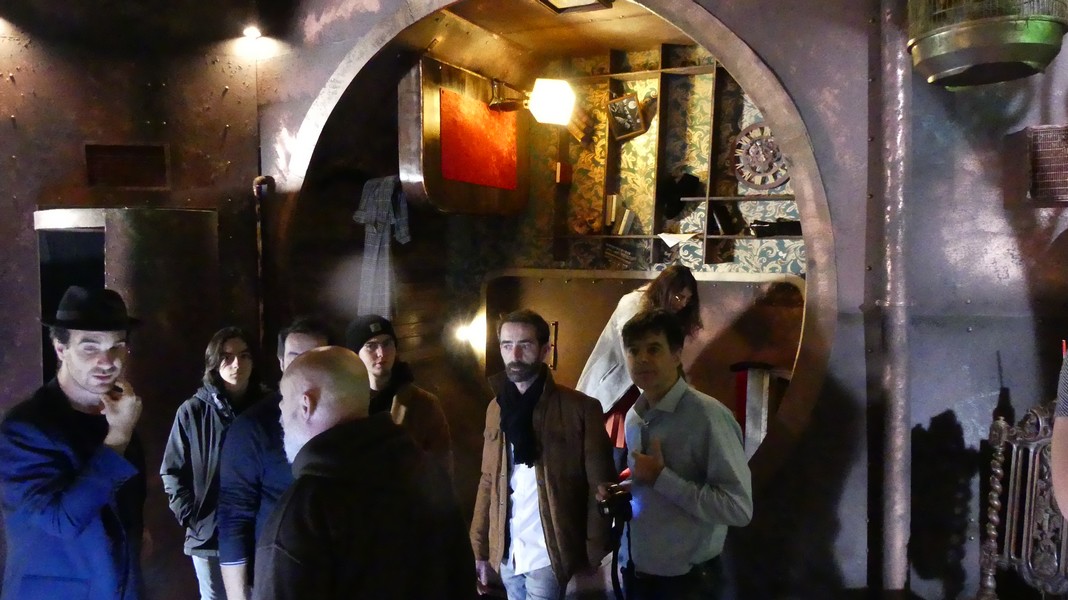 A century later, new technology has reinitiated the same debate, with very probably the same outcome. Immersion and 360° narration don’t only create the illusion of entering into a diegetic space, but also allow for the coexistence of several temporalities in the same space, thus disproving the preconception according to which real and virtual have to correspond perfectly. Yet, this immersion more specifically poses the problem of one’s point of view when one endeavors to embody the actor in the narrative space. A way to break away and return to the communion of a collective experience would be, such as with the panoramas of yesteryear, to use a metaphoric vehicle to guide both passengers and knowledge. The proposed journey is one of discovery and elevation, with the possibility of promoting empathy and distinction.

Along with this theoretical approach,  a 360° short film made in our design studio supervised by the famous film director Marc Caro. The process of making this film put to the test every decisions from narration, staging to set design. The film is the first episode of a web series written and directed by Marc Caro, co-director of “Delicatessen” and “the city of the lost children”. It tells the story of a flight up to the moon in a steampunk style with two human characters and a robot. A real set has been built for the shooting, pushing us to find solutions to hide all technical assets and of course the technical team. The project leads us to think of all the shooting process differently.