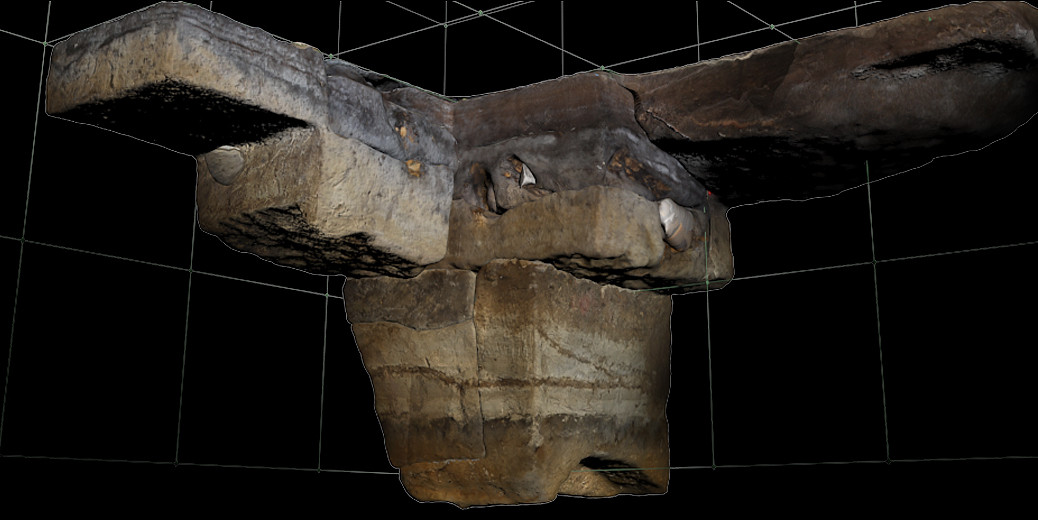 Photogrammetry helps the archeologist to have a accurate orthophotos where it can be very hard to install a camera.  But instead of just getting the final result, it could also be interresting to record each step not only for visualisation but also for calculation. 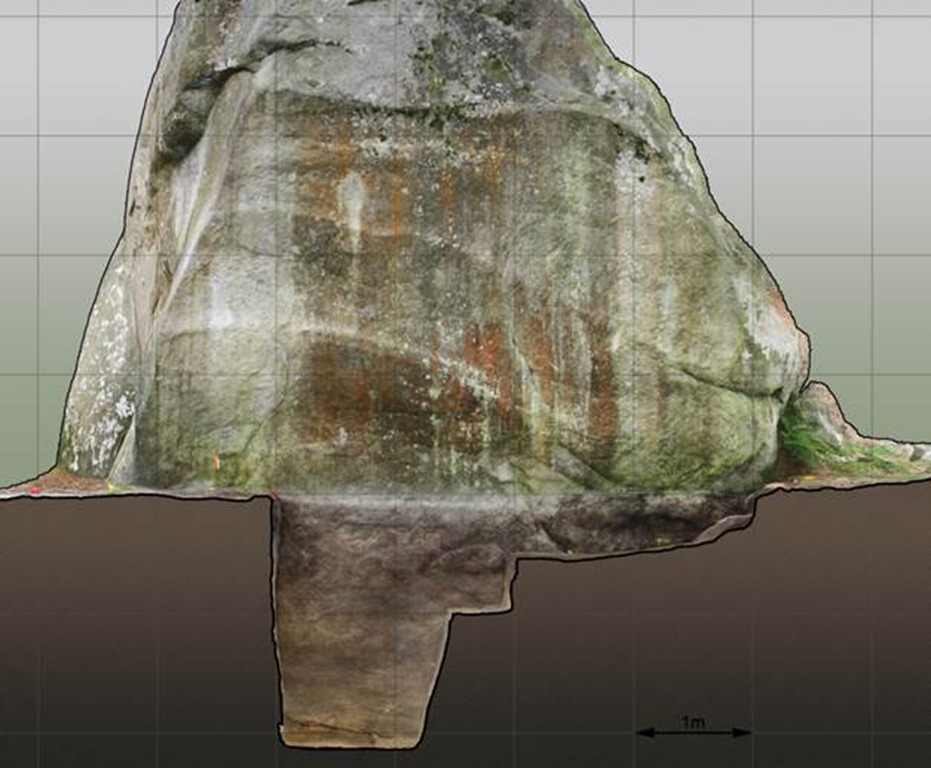 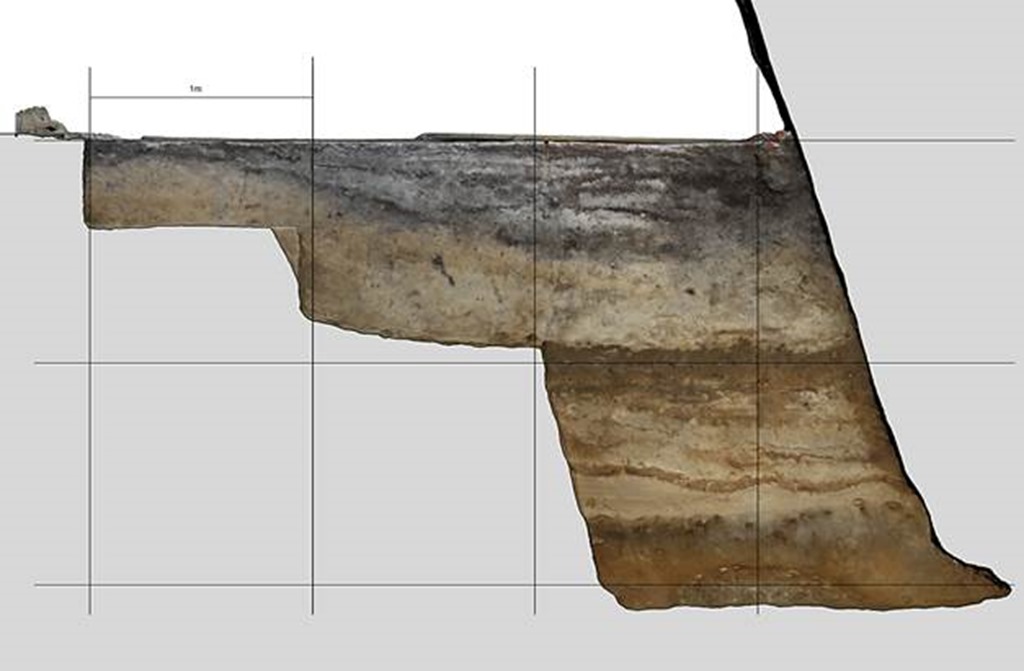 To say things fast, we wanted to record data between that : 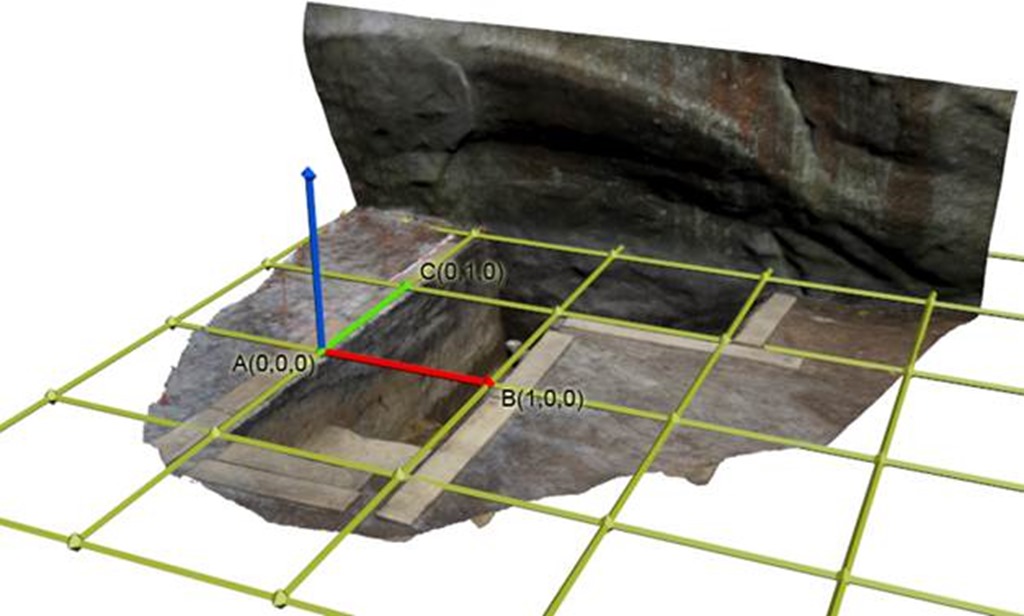 Simplification and export from Photoscan

The following work does not need a very dense geometry, it will be easier to process with a lighter model, but it’s necessary to keep a large texture for visual details.

The texture has to be recalculate. When finished, the model can be exported in OBJ.

All layers, every step are gathered as shown below. 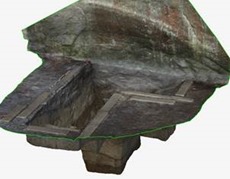 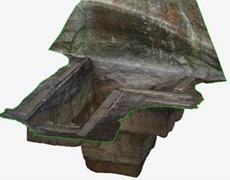 Superposition and visualisation of the excavation.

The following is done with Autodesk 3DsMax, but all kind of 3D software : Blender, Maya, Cinema 4D or Modo could be used the same way.

After importing, scale has to be checked. 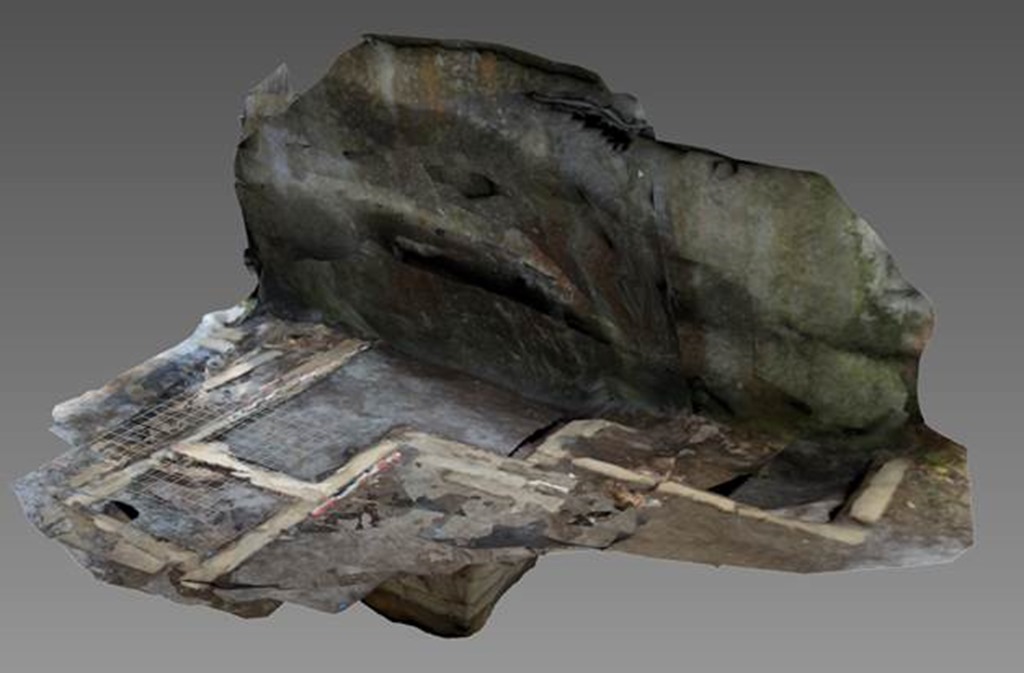 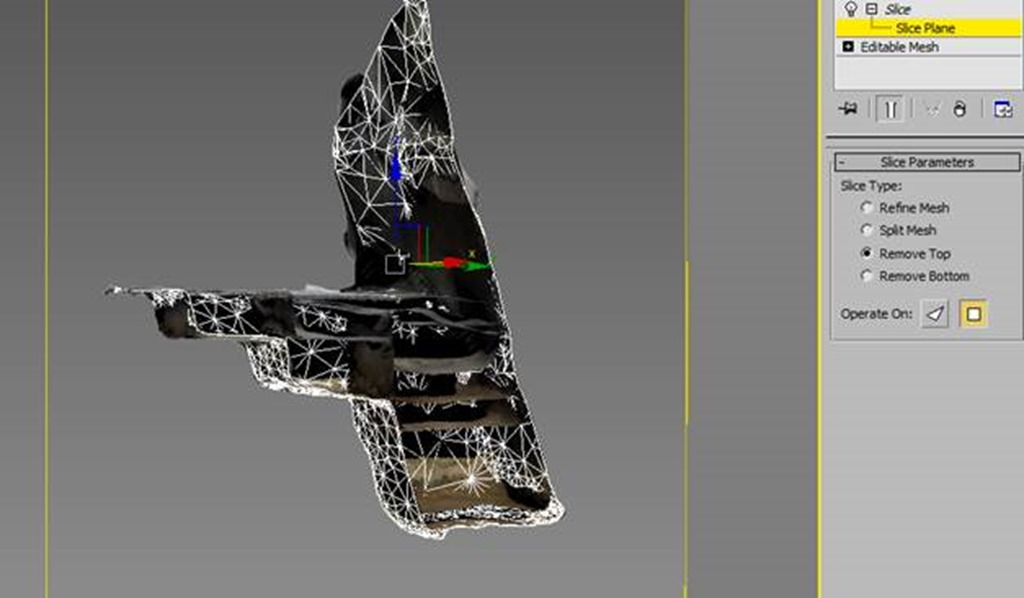 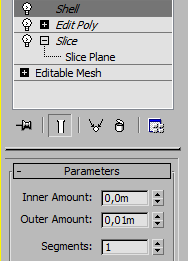 to modify the colour of slices.  Select by angle.

When selected, change « Material ID » set it to  2 for exemple.

Set new materials as shown. Each slice gets a « Multi-sub Object » texture with in Slot 1, the original texture and in slot 2 the colour given the cut section . 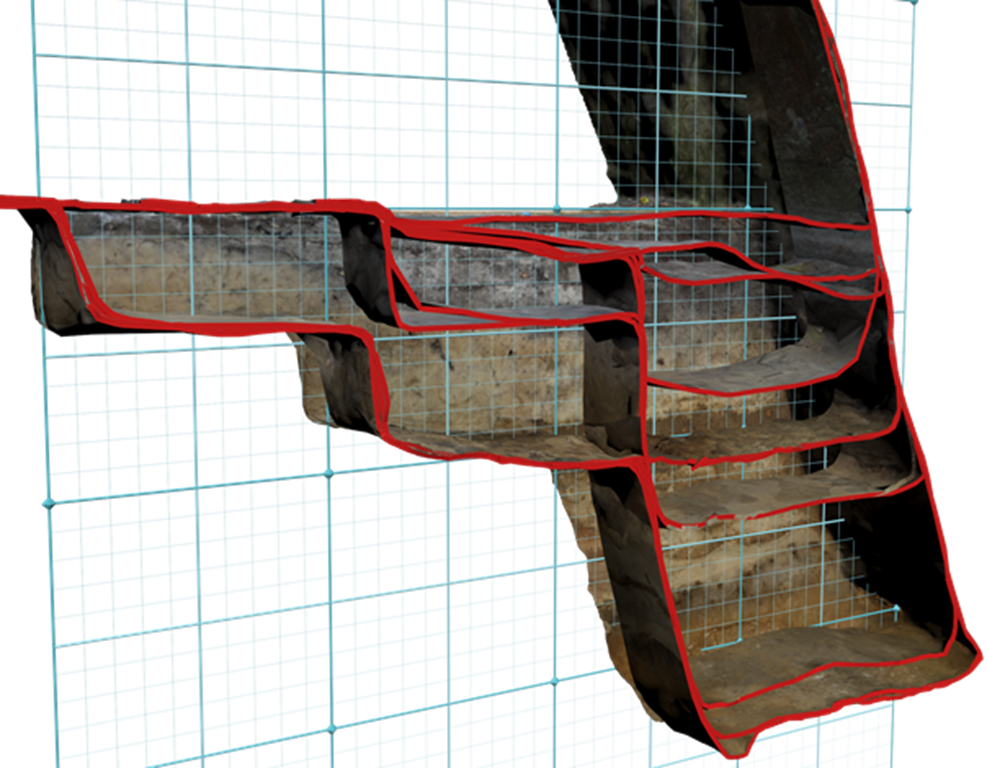 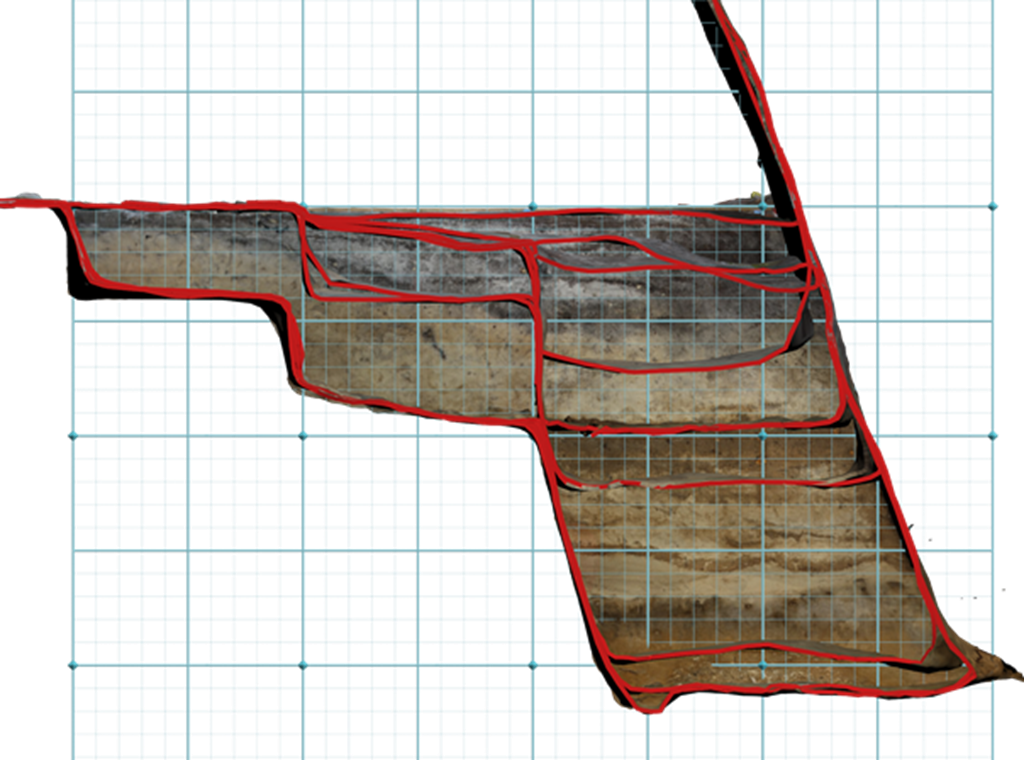 Cut sections can also be colorized depending to the height. 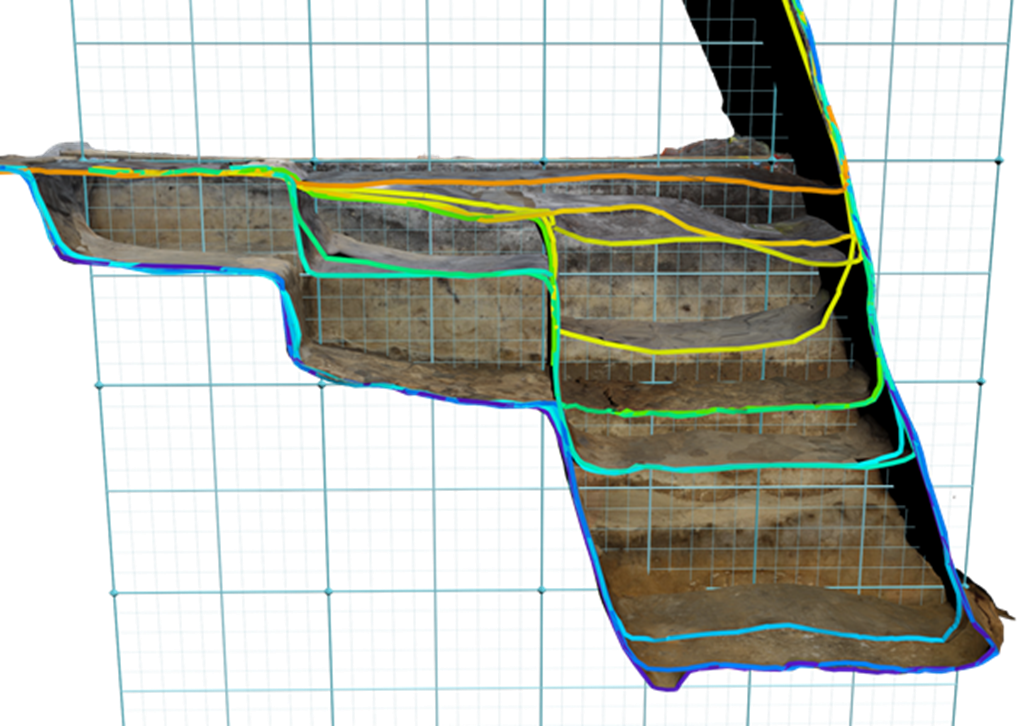 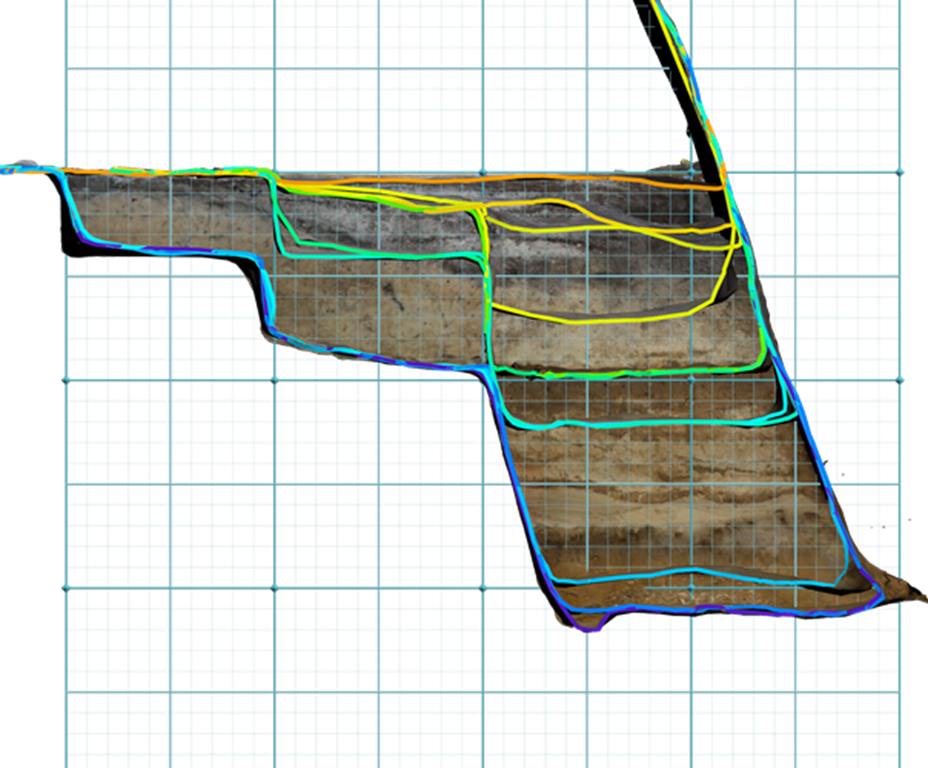 Working with the void, it will be possible to determine some quantities.

This is easy to do using the last step. 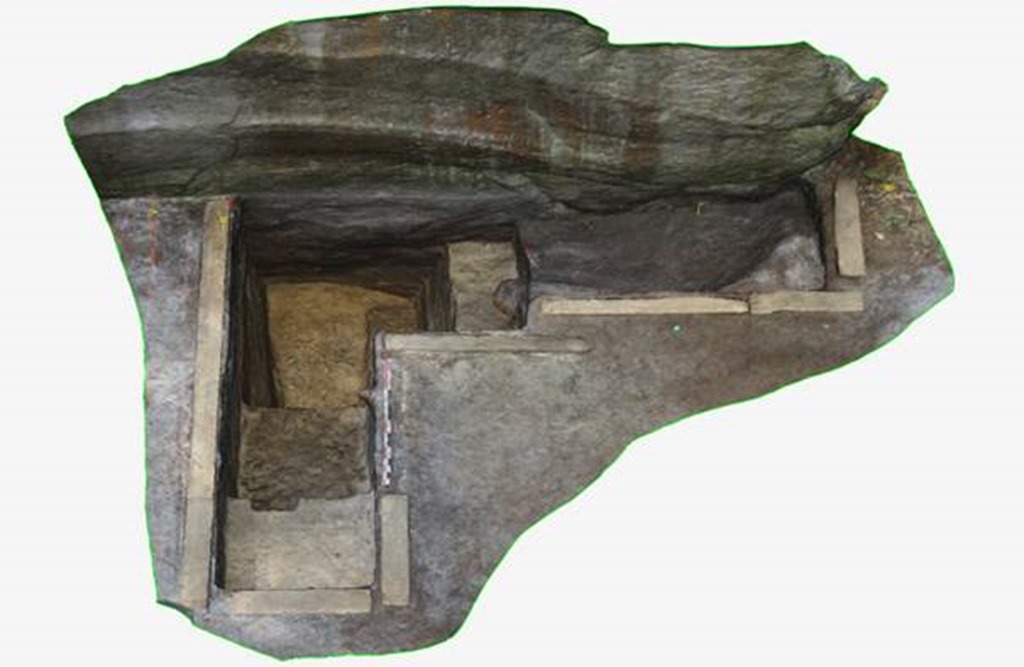 The “hole” needs to be isolated 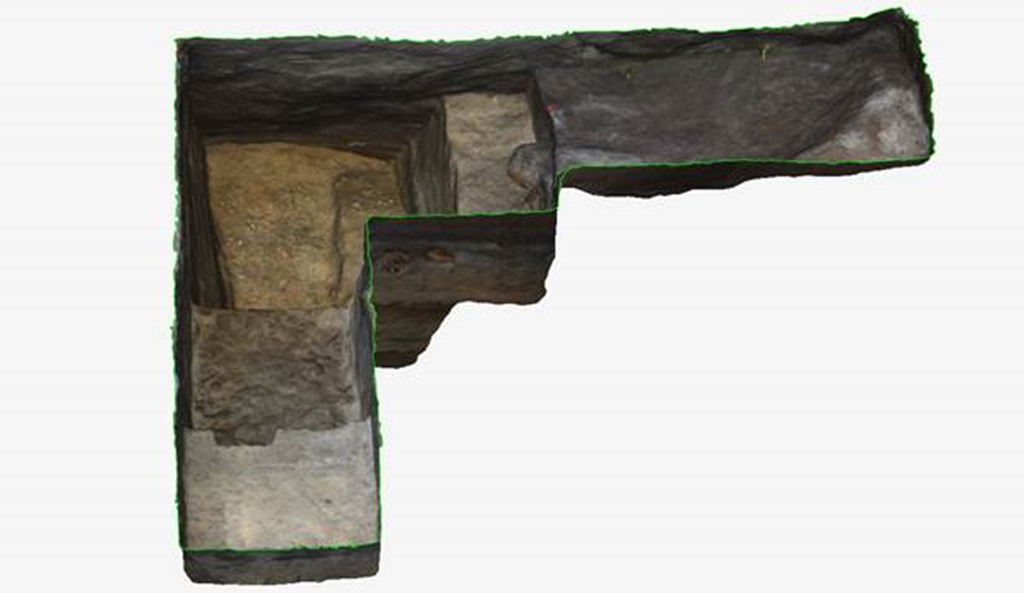 The top section is capped

Calculation for each step.

All steps will be added starting from the very first one.

Step 0 will be the “lid” of the following step.

The “lid” is set over the geometry. Beware : faces underneath have to be flipped in order to fit with the top.

The position of the root is clearly visible.

Next one with a hard layer. 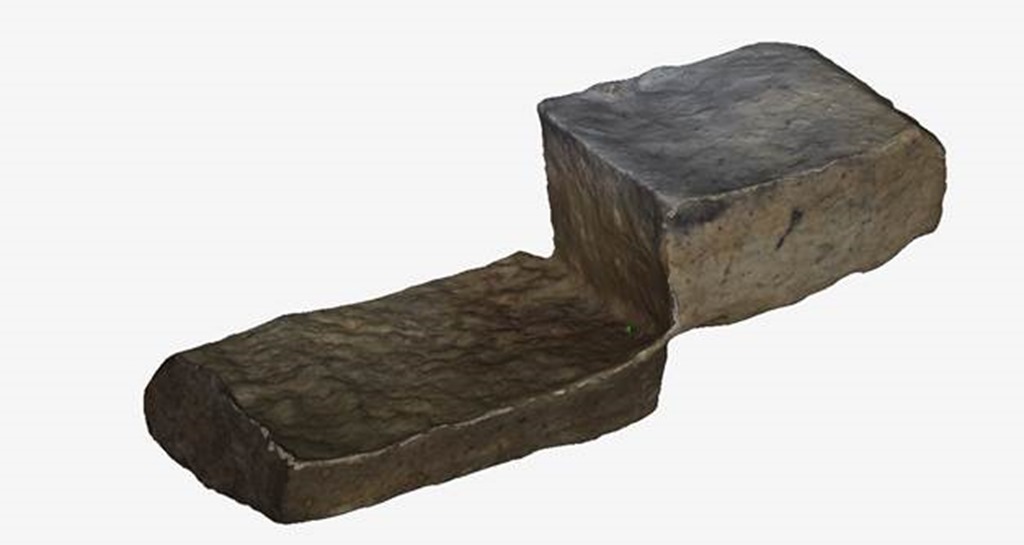 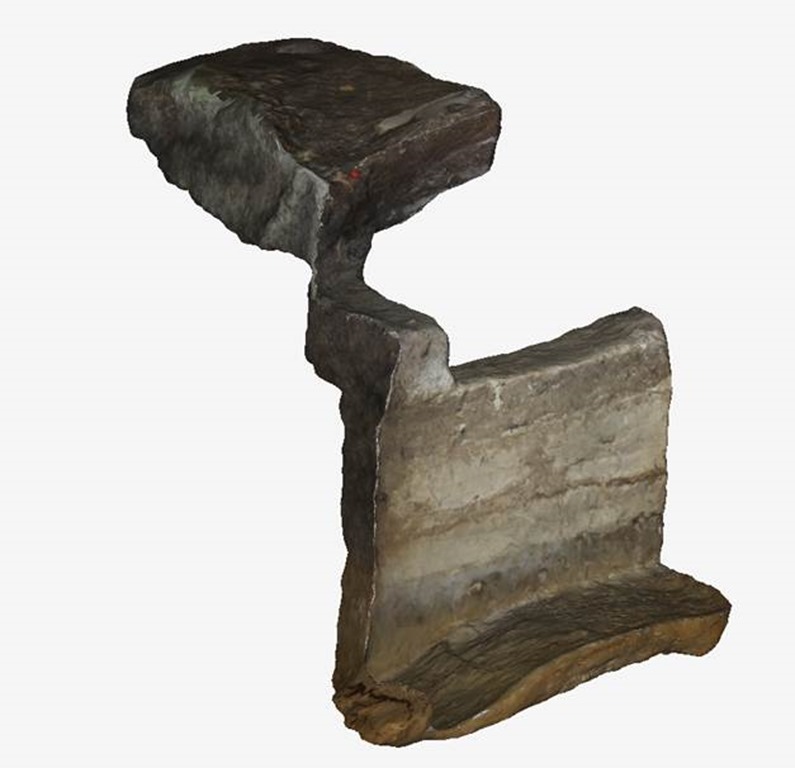 All elements are grouped. 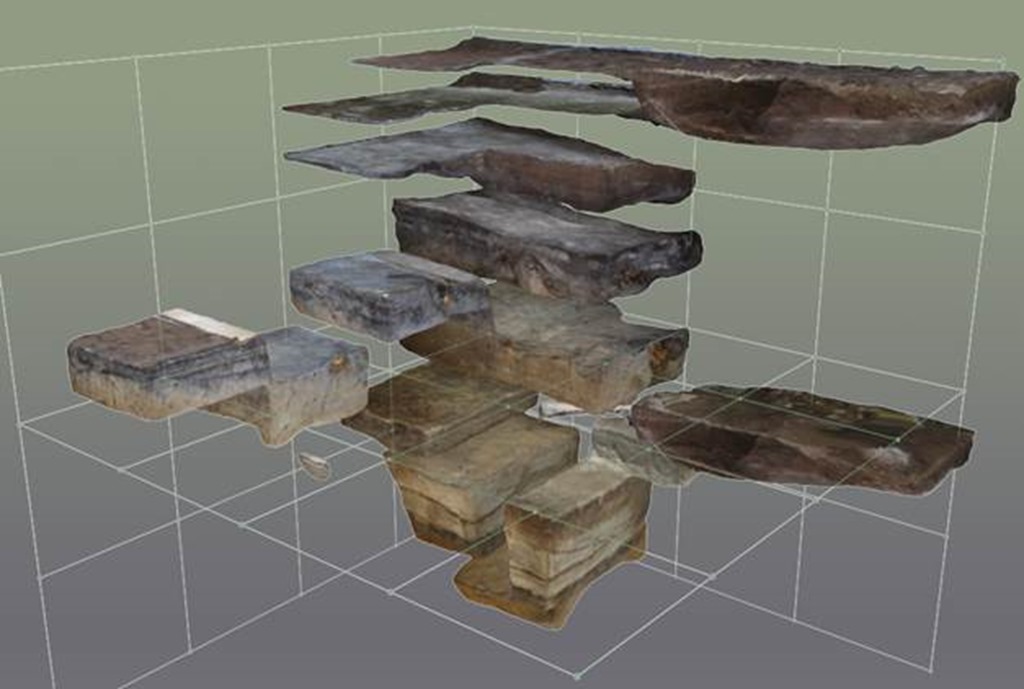 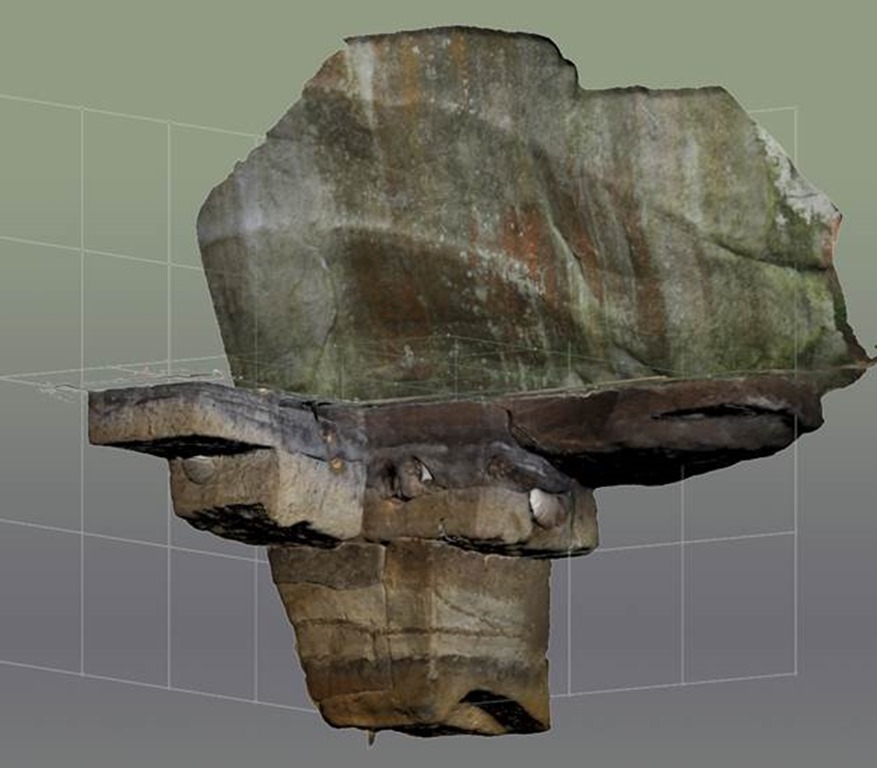 Nota : the difference between above result and this one comes from the first layer of humus and leaves that has been taken in account before.

Geometry of each strata.

As example, this strata has been chosen :

Start by reversing faces then select. 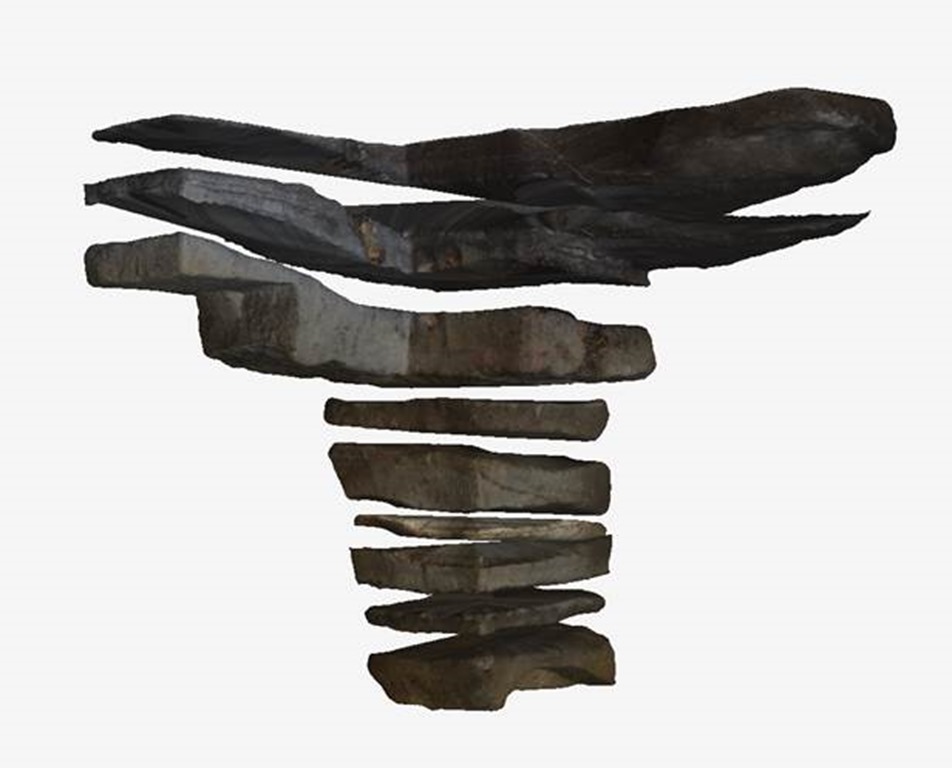